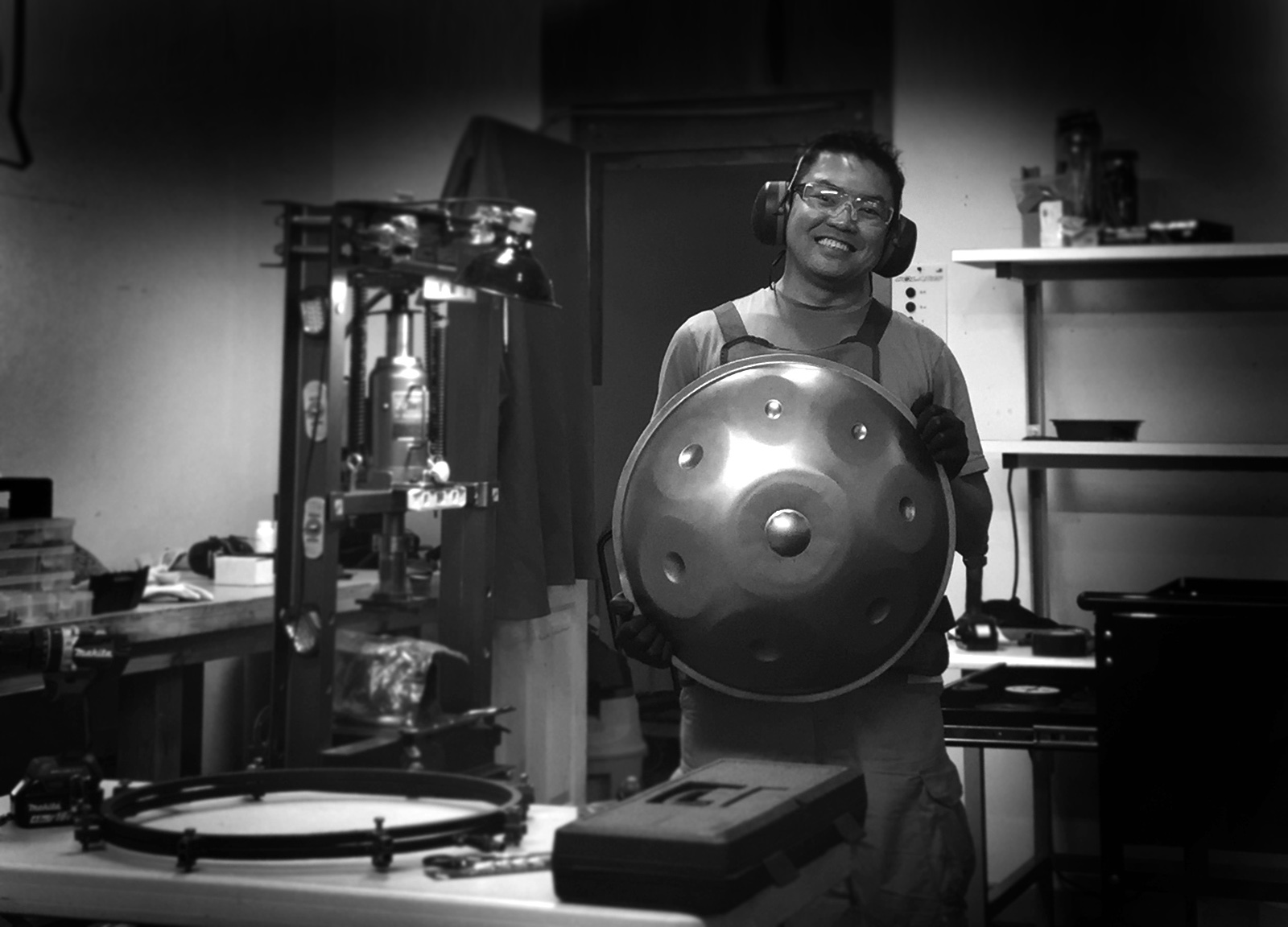 Crafted and tuned by Bryant Evangelista.

Bryant Evangelista is no stranger to the art of tuned steel. His journey started in 1994, when he first joined the steel drum ensemble at his high school music program. With the growing popularity of the program, there was a need for more steel drum instruments, also known as steel pans. Bryant was approached by his steel drum instructor—David Beery—and asked if he would be interested in learning the basics of how to construct steel pans. The process includes taking the flat bottom of a 55-gallon oil barrel and sinking it into an even bowl with the use of an 8lb sledgehammer. At first, the results were not pretty. It took Bryant numerous hours, thousands of hammer blows and several cracked barrels; not to mention the sore arms and blistered fingers, before he could achieve the perfect shape and depth. This experience fueled Bryant’s interest in improving his skills at steel drum construction and learning more about the music and history of the instrument of Trinidad and Tobago.

To pursue his passion, Bryant studied at the Music Department at California State University, Long Beach— now known as the Bob Cole Conservatory of Music. At CSU Long Beach, he joined the Steel Drum Orchestra, and eventually became a member of a steel drum band, performing at countless venues and events. At the same time, he discovered other percussion instruments and styles of music such as African drumming, Afro-Cuban and Brazilian percussion. During his college years, Bryant continued working with his former high school steel drum instructor, developing the craft of steel pan construction—one process to the next. 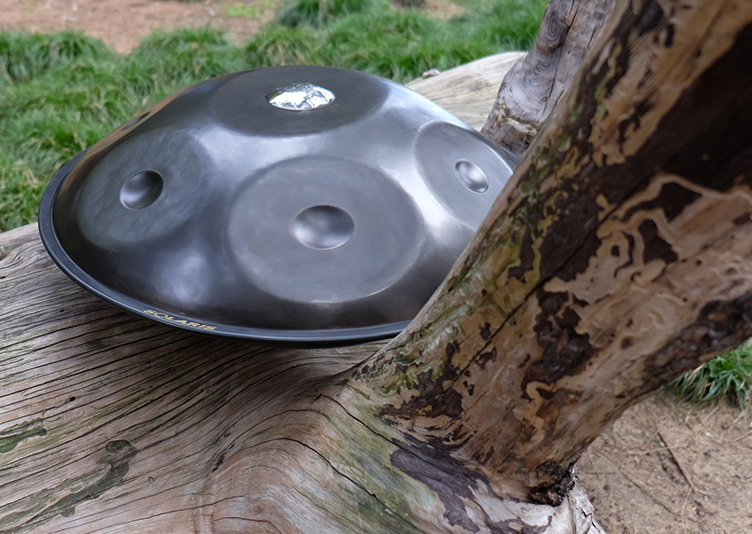 After graduating with a Bachelor of Music in Percussion, Bryant decided to get his first set of pneumatic hammers and start his own steel drum making business, Pansnap.  Under the name Pansnap, Bryant formed a business relationship with Dave’s Island Instruments (Dii), owned by David Beery. Pansnap was contracted by Dii to construct some of the steel pans purchased by various high school and college programs, and individuals and professional musicians all over the United States as well as steel pans exported to Japan.

Bryant started working with handpans in 2013, when he was asked to sink and shape the top shell of a handpan from a 55 oil barrel drum. This was the early development of Dii’s Genesis handpans. Soon after, he was contracted to make the early version of Dii’s Symphonette, and eventually Dii’s early Luna handpans. During that time, Bryant was also doing his research—primarily on the shape of the ding note for his own handpan.  His research and development led to the Pansnap Music’s handpan name. Solaris Handpan was named after its signature dome, shaped resembling the sun.  In 2016, Solaris Handpan made its debut on Dii’s website.  Since then, Solaris handpans have joined handpan communities in the United States, Canada and Japan.

THE PLACE WE CALL HOME.

After relocating, Pansnap Music is at full production in Austin, TX, where it calls home. Here at Pansnap Music, Bryant’s constant attention to details is key—not only to constructing the highest quality instruments, but also to achieving the superb tonal quality that everyone expects from and enjoys in his handcrafted creations.

THANK YOU
FOR
YOUR SUPPORT!